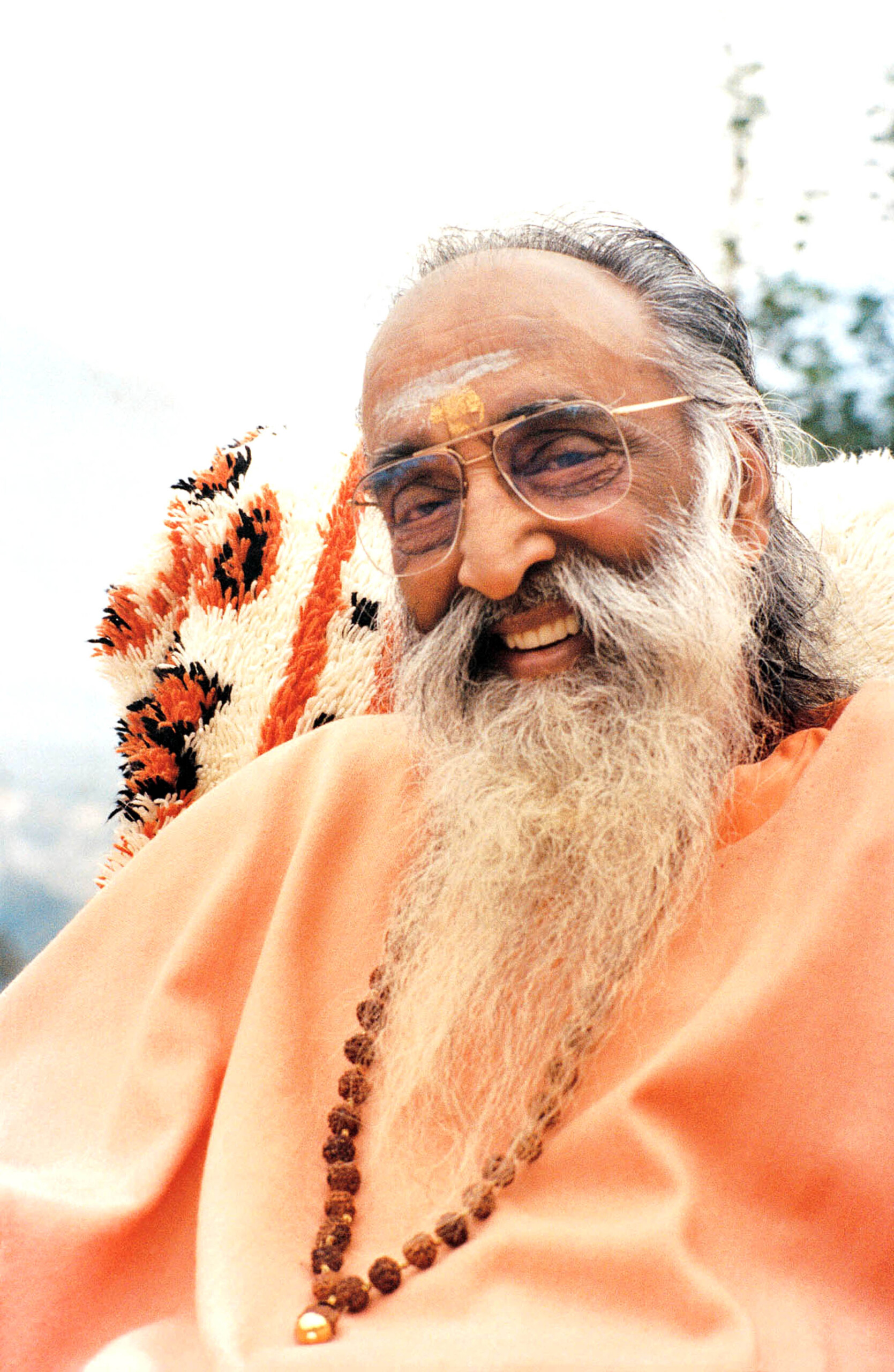 Swami Chinmayananda was born on May 8th, 1916 as Balakrishnan Menon (Balan) in Ernakulam, Kerala. His family was very devout in their religious life and had regular contact with holy men. This influence moulded Balan’s mental and moral make-up preparing him for the mission of his life ahead. Balan excelled with his education graduating in Science, Political Science, Law and English Literature at Lucknow University. A man of strong ideas and idealism he entered the field of journalism where he felt he could influence political, economic and social reform in India. At this time he met Swami Sivananda at Rishikesh and became very interested in the spiritual path. Here he found the answers that he was seeking.

Balakrishnan Menon took monkhood from Swami Sivananda to become Swami Chinmayananda – the one who is saturated in Bliss and Consciousness. Swami Sivananda saw the potential in Swami Chinmayananda and sent him to study under the greatest Teacher in the Himalayas – Swami Tapovan Maharaj. Swami Chinmayananda studied for 12 years under Swami Tapovan’s guidance, leading a very austere and rigorous life. Then he felt a deep inner urge to share his knowledge and wisdom with the mass of humanity. He descended to the plains and held his first yagna in Pune to a small group of three people. This humble beginning rapidly expanded to more than 500 series of lectures given to audiences numbering thousands.

During his 40 years of traveling and teaching, Gurudeva opened numerous centers and centers worldwide, he also built many schools, hospitals, nursing homes and clinics. As well as reinvigorating India’s rich cultural heritage, Swami Chinmayananda made Vedanta accessible to everybody regardless of age, nationality, or religious background. On 3 August 1993, in San Diego, USA, Swami Chinmayananda attained Mahasamadhi. He worked tirelessly to the very last moment and created an international spiritual revolution.

He taught the logic of spirituality, while emphasizing the balance of head and heart. “Selfless work, study, and meditation are the cornerstones of spiritual practice,” he said. He is credited with the renaissance of spiritual and cultural values in India and with awakening the rest of the world to the ageless wisdom of Vedanta.

Many of Swami Chinmayananda’s lectures were converted into books and recordings to enable the distance seeker. He personally authored over 95 books, including commentaries on the major Upanisads and an extremely well composed commentary on the Bhagvad-Gita. Named simply ‘The Holy Geeta’, it has been acclaimed as one of the most refined, insightful, and practical commentaries ever written on the Gita. The collection of his video talks on the Gita is heralded today as one of Chinmaya Mission’s most illustrious publications and is the anchor for innumerable people, the world over. He is credited with bringing about a worldwide Vedantic renaissance in the late 20th century through his introduction of Adi Sankaracharya’s works and teachings to the masses. Whether in his writings or his orations, his dedication and endorsement of this great Seer’s works, is underscored. Swami Chinmayananda was famed for his depth, clarity, eloquence, wit, and humour, which shone in every book and essay he wrote and every lecture he delivered. His legacy remains in the form of books, audio and video tapes, schools, social service projects, more than 300 full-time Vedanta teachers whom he taught and inspired, and more than 300 Chinmaya Mission centers around the world serving the spiritual and cultural needs of local communities.