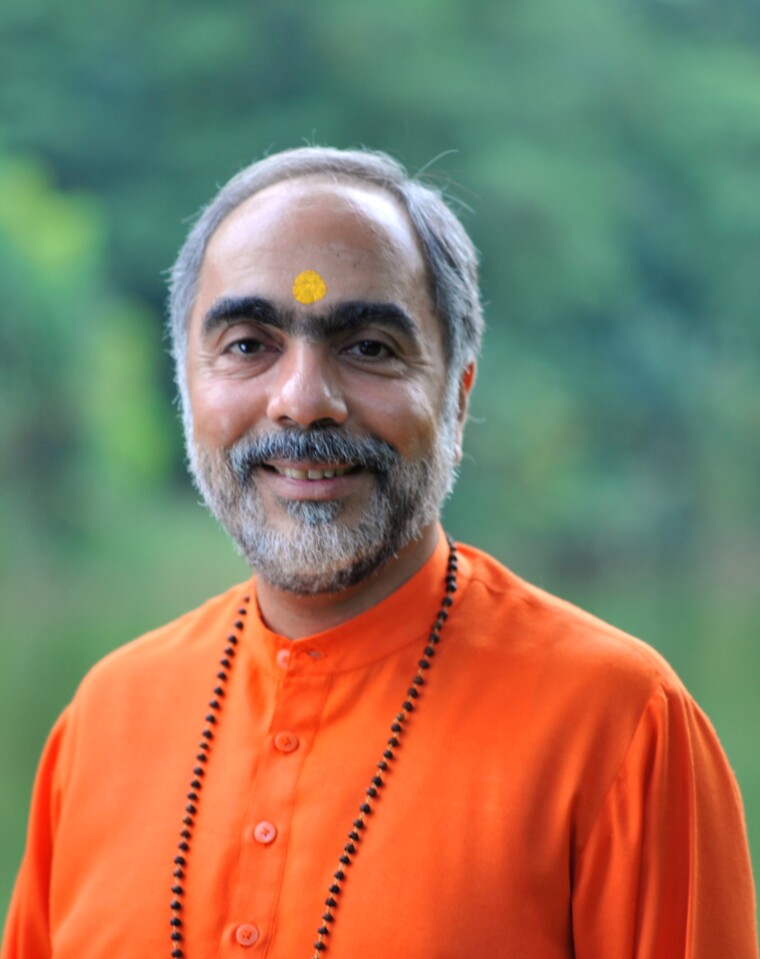 In an era ripe with scepticism and confusion about matters spiritual, Swami Swaroopananda is a rare voice that blends authenticity with accessibility; theory with self- practice; logic with heart. In his words:

“Fill the heart with the oil of love, place in it the wick of single-pointed mind. Light it with the knowledge of truth and remove the darkness of ignorance around you. Just as one lamp can light many lamps let each youth kindle this light in many hearts”.

Formerly the Regional Head of Chinmaya Mission Australia, United Kingdom, Middle East, Africa and Far East, and presently Chairman of the Chinmaya Vishwavidyapeeth Trust (University for Sanskrit and Indic Traditions) and Director of the Chinmaya International Residential School in Coimbatore, South India, Swami Swaroopananda has now been bestowed by Swami Tejomayananda the privilege to also serve as the Head of Chinmaya Mission Worldwide.

Born and brought up in the bustling commercial capital of India, Swamiji had always been convinced that beyond life’s superficial, everyday joys and sorrows, there was something more enduring and satisfying. As a child he heard from his grandmother many religious stories based on the great Indian epics and the history of saints. These stories suddenly came to life, acquiring new meaning and depth, when as an adolescent he encountered the preeminent Master of Vedanta, Swami Chinmayananda.

His heart completely moved and inspired, in 1984 Swami Swaroopananda gave up his family’s thriving business in Hong Kong to undergo intensive training under Swami Chinmayananda and Swami Tejomayananda at Sandeepany, Mumbai. He was initiated into the monastic order in 1992. Since then, he has touched thousands of lives across the world, and his tremendous work in bringing out the essential wisdom and underlying unity of all religions has garnered him a place among the vanguards of self-development philosophy.

Swamiji has authored several commentaries on such important spiritual classics as Ik Onkar, Maha Mrityunjaya Mantra and Sankat Mochan, besides numerous books on contemporary lifestyle subjects such as Simplicity and Meditation, Storm to Perform, Avatar, Managing the Manager and Journey into Health.

Swamiji is equally adept at conducting ‘wholistic management’ seminars for senior corporate executives. Among the well-known institutes he has been invited to speak at are The Ford, London Business School and Harvard University, to name a few. In fact, a proprietary self-development course he conceived and initially conducted, Make It Happen™, has been adapted and integrated into the human resource training programmes of various corporate organisations in India and beyond.